Stallings has organized contemporary and historical art exhibitions since 1988. Since moving to Southern California in 1990, he received his MFA from CalArts, worked at the City of L.A. Cultural Affairs Dept., was Director of Programs at Huntington Beach Art Center, was chief curator at Laguna Art Museum, and is currently the Artistic Director at Culver Center of the Arts & Director at Sweeney Art Gallery, both at University of California, Riverside.

Stallings has written essays for numerous contemporary art exhibitions, has edited several books, and has been a columnist for print and online journals. He writes about artists who are highly engaged with their political, social, and ecological environment. His personal essays often take a What If? speculative perspective. 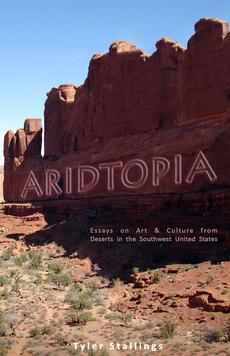 Stallings, writer and curator, began his aristic career as an exhibiting artist and published poet from 1988 to 1995. He began to organize exhibitions and write essays on art during this time. A full transition to being a professional curator and writer began soon thereafter. Since 1995, he was worked as a senior staff member at public and private non-profit museums, and has worked with several publishers. He is also an active speaker at other museums and universities.