In his curatorial and writing projects, Stallings specializes in presenting a collision between academic scholarship, popular culture, and speculation. 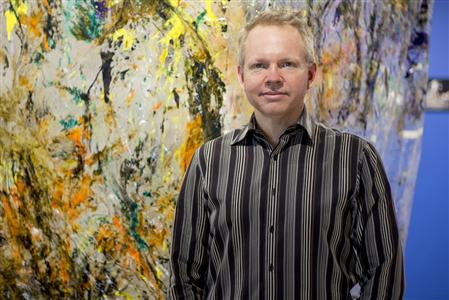 Tyler Stallings’ curatorial work focuses on political, social, and popular culture themes through the arts. Currently, he is director of Orange Coast College’s Frank M. Doyle Arts Pavilion. Most recently, he was at University of California, Riverside. During his eleven-year tenure at UCR ARTSblock, since 2006, he served as Director of the Sweeney Art Gallery, Artistic Director of the Culver Arts Center and Interim Executive Director of ARTSblock (which also included the California Museum of Photography as part of the three-venue consortium). He was chief curator at Laguna Art Museum from 1999 to 2006. For UCR ARTSblock, he curated or co-curated: Absurd Recreation: Contemporary Art from China(2008), Truthiness: Photography as Sculpture (2008), Mapping the Desert/Deserting the Map: An Interdisciplinary Response (2009), Intelligent Design: Interspecies Art (2009), Your Donations Do Our Work: Andrea Bowers and Suzanne Lacy(2009), The Great Picture: The World’s Largest Photograph & the Legacy Project (2011), Margarita Cabrera: Puslo y Martillo (Pulse and Hammer) (2011), Mexico at the Hour of Combat: Sabino Osuna's Photographs of the Mexican Revolution (2012), Lewis deSoto & Erin Neff: Tahquitz (2012), Free Enterprise: The Art of Citizen Space Exploration (2013), and Mundos Alternos: Art and Science Fiction in the Americas (2017), and others. Mundos Alternos received two major grants from The Getty Foundation as part of its Pacific Standard Time: LA/LA initiative. Other notable exhibitions at other venues include CLASS: C presents Ruben Ochoa and Marco Rios: Rigor Motors (2004), Whiteness, A Wayward Construction (2003), Surf Culture: The Art History of Surfing (2002), Desmothernismo: Ruben Ortiz Torres (1998), and Kara Walker: African’t (1997). Many of these exhibitions have been accompanied by books. Current ARTSblock exhibitions in2018 that he has curated include Yunhee Min & Peter Tolkin: Red Carpet in C, and Painting Architecture. Recent exhibitions at The Doyle that he has curated include Amy Elkins: Photographs of Contemporary Masculinity and Stargazers: Intersections of Contemporary Art and Astronomy. He is also the co-editor of the anthology, Uncontrollable Bodies: Testimonies of Identity and Culture(Seattle: Bay Press, 1994), and has been a columnist for KCET-TV’s Artbound program. His most recent book of essays is Aridtopia: Essays on Art & Culture from Deserts in the Southwest United States (Blue West Books, 2014).